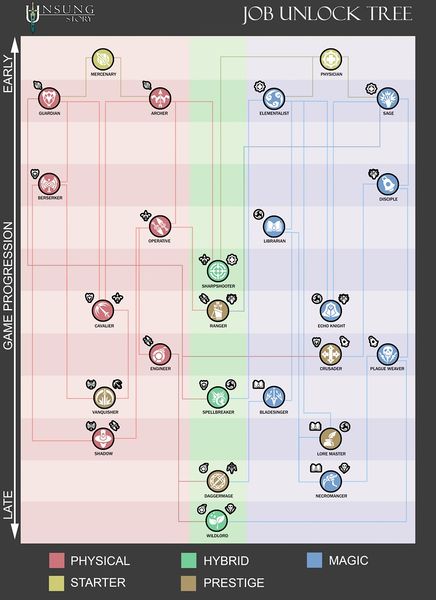 Units in Unsung Story can have a primary and secondary job from a selection of over twenty. These define the unit's abilities and what kind of equipment the unit can use.

All units start in one of these two jobs:

Beyond Mercenary, not counting prestige jobs, the following physical jobs are available:

Beyond Physician, not counting prestige jobs, the following magic jobs are available:

Heroes that may be recruited during the story may have one of the following prestige jobs:

These jobs are expected to be playable for backers in tiers or with addons that included "elite classes."

In the 2014 Kickstarter campaign, a profession and class system was expected to be used instead. In this system, units would have access to classes within the professions they had learned. These classes do not appear in the current job tree.